The Skyforge universe is home to a fantastic array of races, from powerful Elder Gods to dangerous creatures from the depths of space. Aelion itself is a diverse biome that’s home to a variety of species, and you’ll be introduced to numerous indigenous and foreign lifeforms over the course of your time here.

Familiarize yourself with a few of the races you’ll meet during your adventures in Skyforge on Nintendo Switch in our handy A-Z Races Compendium!

The indigenous mortal population of Aelion, Aelinites have evolved and survived for thousands of years under the protection of the Great God Aeli, Elder Gods, and their Immortal guardians. Though lacking in divine powers, their unflappable faith fuels Immortals and can encourage greatness to thrive. Aelinites may follow Immortals and become their Adepts, willing to carry out special tasks on behalf of the Immortal they pledge to.

Also known as Avatars of the Invasion, these incredibly powerful creatures come from other worlds and command legions of Demons, Gorgonides, Mechanoids, Oceanids, Phytonides, and Reapers. These evil beings wield power beyond measure and have a habit of making enemies with Gods and Immortals. Avatars you may face during Invasions of Aelion include the eldritch monstrosity Tol-Monter, the warmongering empress Akonita, digital dictator The Integrator, the many-headed beast Nihaz, the overgrown Machavann, and the nigh-unstoppable God of Death, Thanatos. Some Avatars, including Tol-Monter, are the corrupted forms of Great Gods. 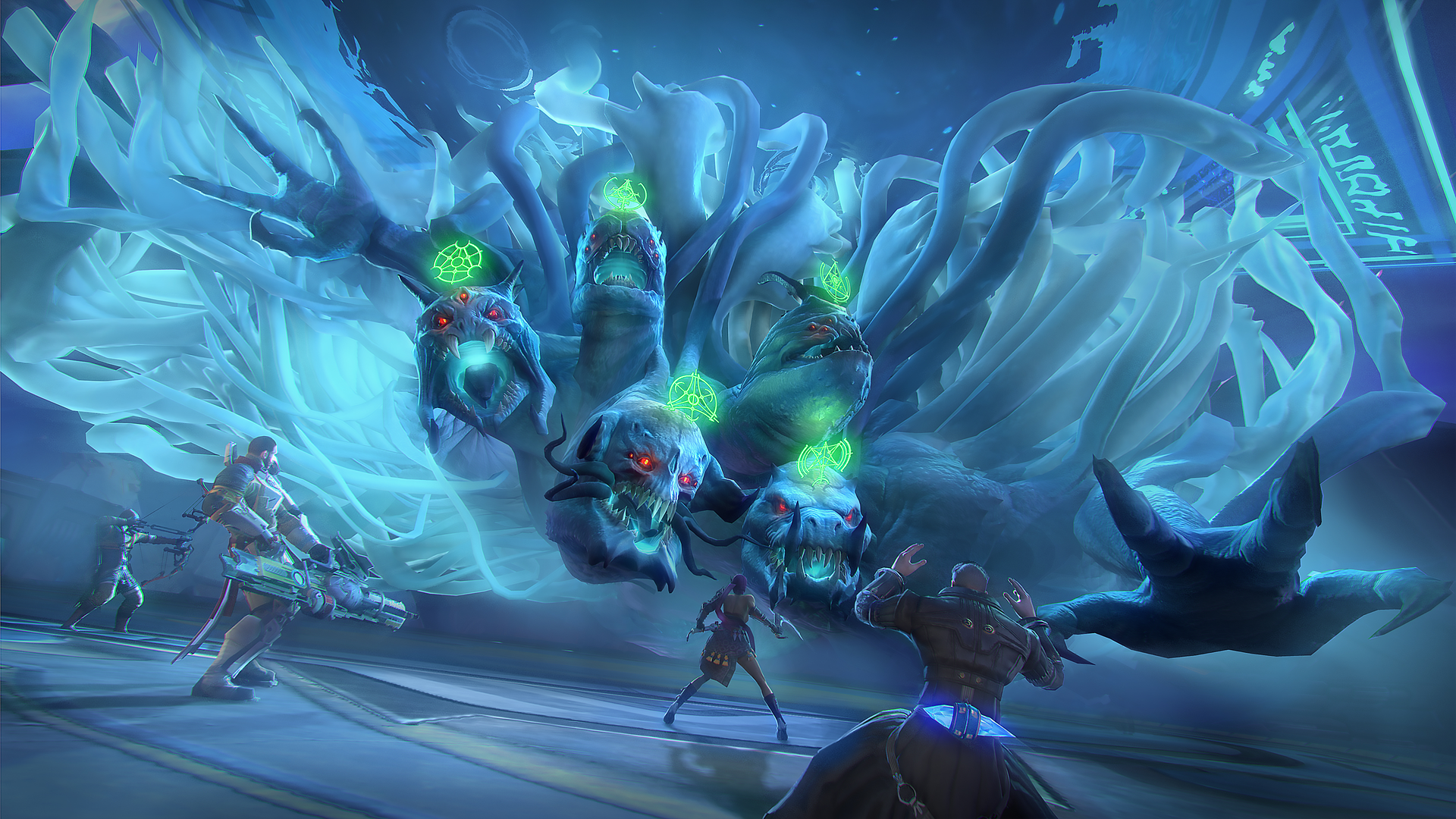 Demons are astral creatures conceived from the fragments of broken worlds. They exist in the Astral, an atmosphere left over from the beginnings of the universe in which the laws of physics are altered, considered by many to be a disease of space itself. The Demons are destructive by nature, and fell under the sway of the Avatar Nihaz who mobilizes them to attack and destroy planets at his whim.

Elder Gods are Immortals who have ascended to even greater powers. The pantheon of Aelion’s Elder Gods counts Flavius, Asterius, Herida, and many others among its ranks. Immortals seeking to join the ranks of the Elder Gods must prove themselves in battle against the Avatars and Invasions that threaten Aelion. 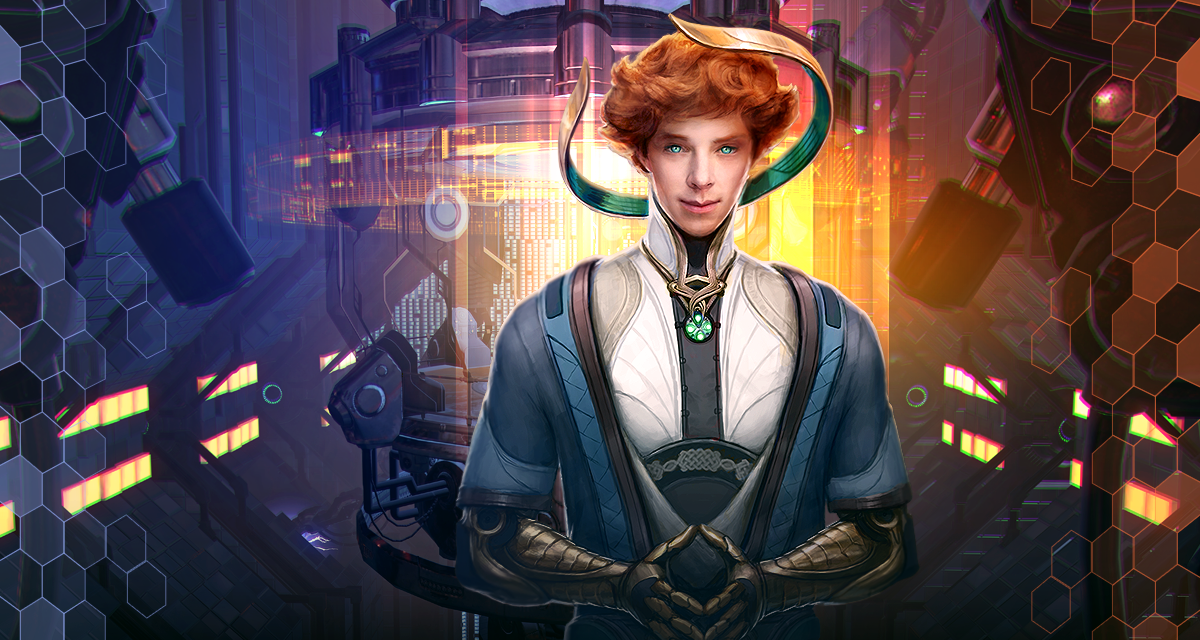 Great Gods are the supreme rulers of their worlds, beings of divine supremacy who ascended to the mightiest forms in the known universe. The process of becoming a Great God is relatively unknown, though Aeli and Tol-Monter are known to have absorbed the divine bodies of other Immortals and Gods. While no one knows the fate that befell Aeli, some Great Gods were corrupted and became Avatars.

A species bred for war, Gorgonides have snake-like hair and a wily temperament. The Gorgonide Empire is scattered across dozens of planets across different parts of the universe, yet despite the power it possesses to crush worlds where it would meet less resistance, it is constantly at war with enemies of equal strength. In her search for successful combat strategies, the warmongering empress Akonita found Aelion, where she seeks to take its technology and enslave the planet for use as a war resource. 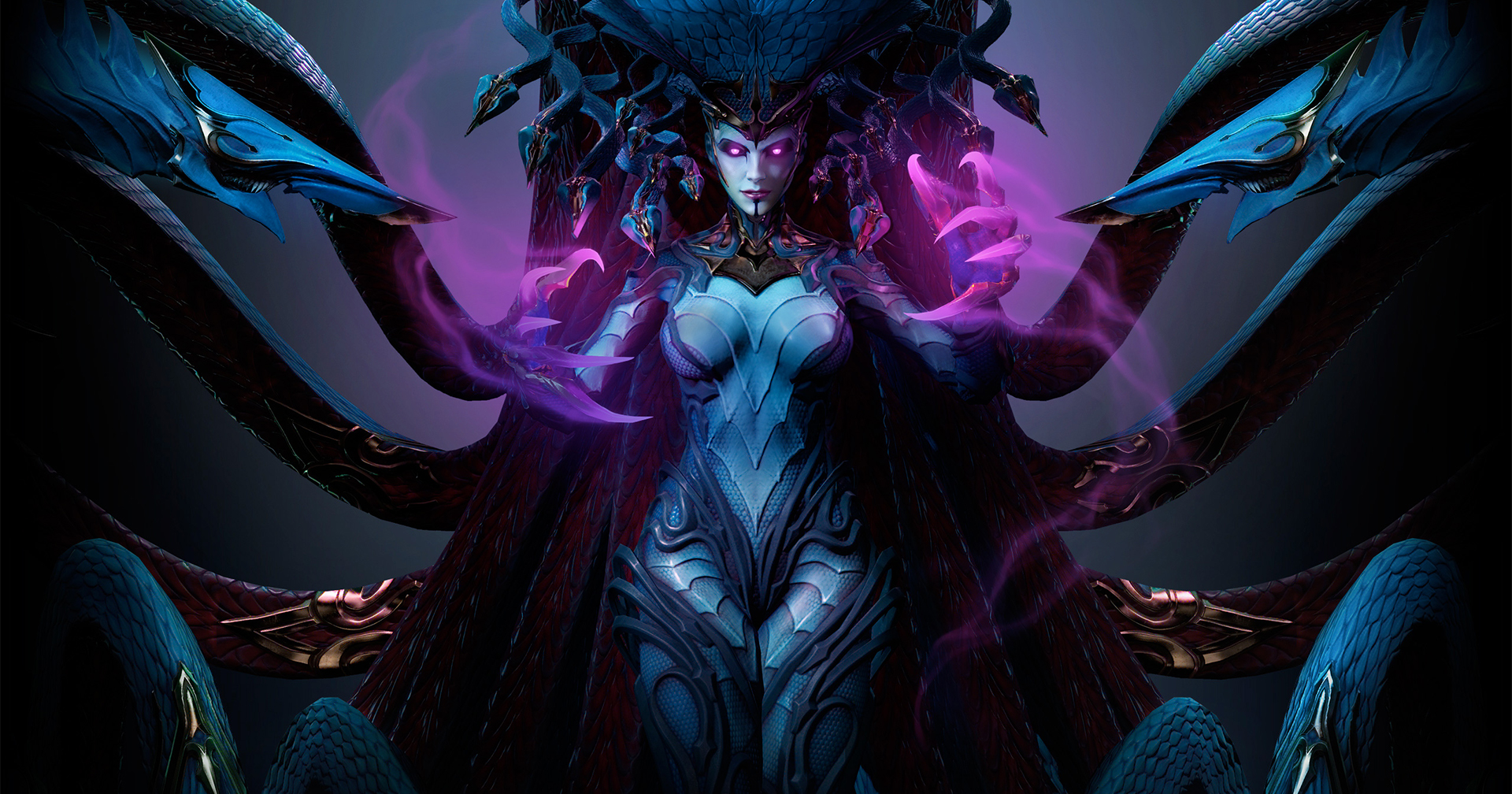 Immortals are powerful, almost messianic figures who have appeared periodically in different places and times across Aelion’s history. They are Aelinites blessed by the Great God Aeli with divine powers, including mastery of certain elements, strange magic, and even the gift of resurrection. Many Immortals can live out peaceful lives, unaware that the key to the discovery of their powers lies in their death and subsequent resurrection.

Few reveal themselves, and many Immortal exploits have been explained away as compelling stories in the annals of mythology. Now that Aelion finds itself at the mercy of invaders from across the stars, there has been a surge in Immortals revealing themselves to the wider world as they strive to defend their home planet.

Mechanoids are a robotic race said to be imbued with some form of sentience. The scientist William Wynd once sought to offer his people immortality through technology, before an assassination attempt by a radical group forced him to upload his consciousness to a supercomputer. He became The Integrator and assumed control of the planet Terra, where he converted the helpless populace into robots and raised an army of what he called Mechanoids. Now at his mercy, the Mechanoids follow his command and dark, digital designs. 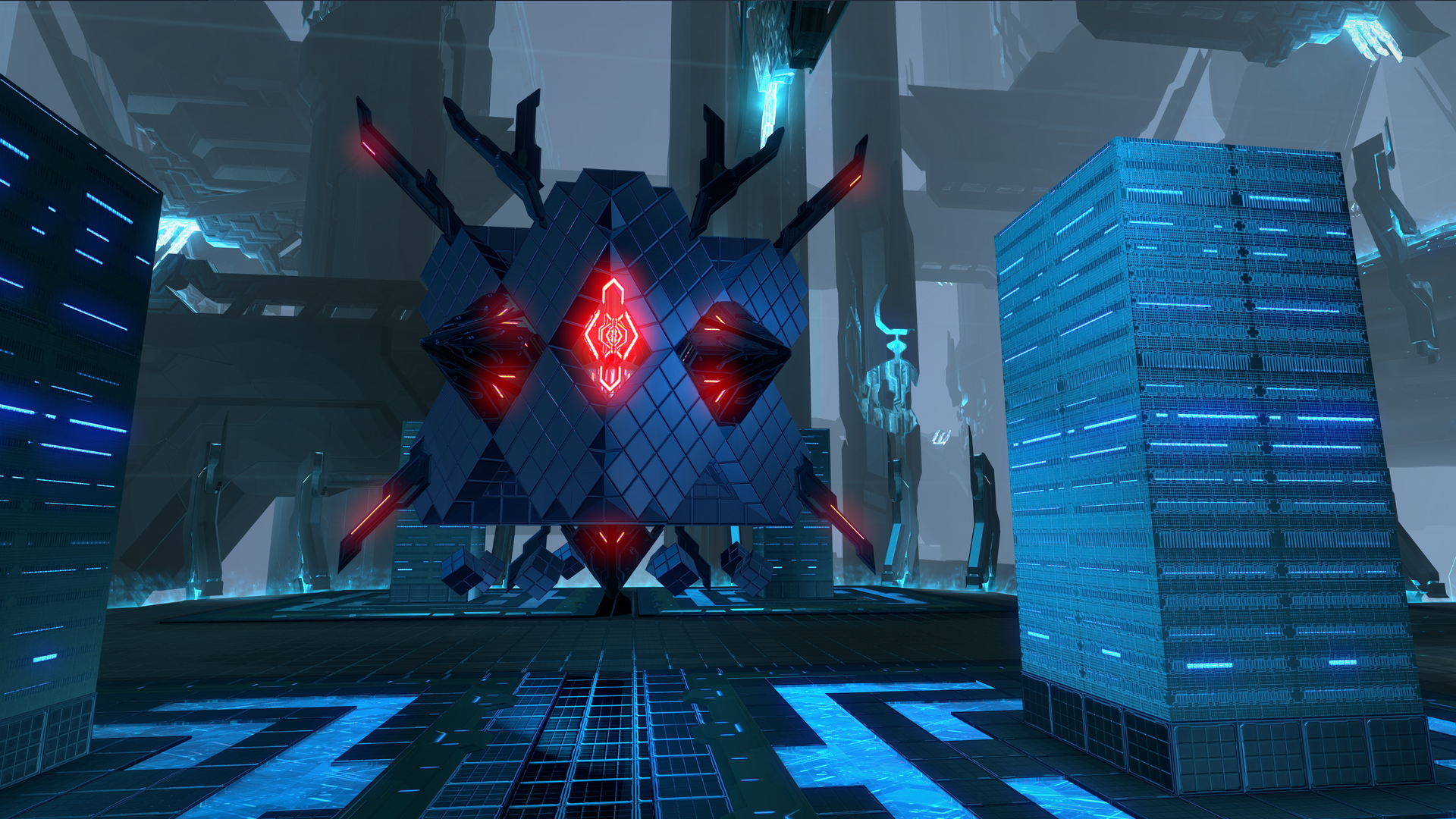 An aquatic species with a superiority complex and a desire to rule as the supreme race above all others on Aelion. Hailing from a magical, ancient race of sub-aquatic beings, the Oceanids evolved over time and eventually expanded their civilization under the command of the terrible leviathan Tol-Monter.

Phytonides are mysterious, plant-like creatures left behind from historic invasions of Aelion. From what scientists can determine, Phytonides can exert control over a wide range of flora and often leave settled areas overrun by overgrown roots, vines, and vegetation. They leverage their bright colors, huge mushrooms, and enchanting creatures under their control to mask their poisonous spikes, sharp teeth, and other dangers hidden beneath their foliage. 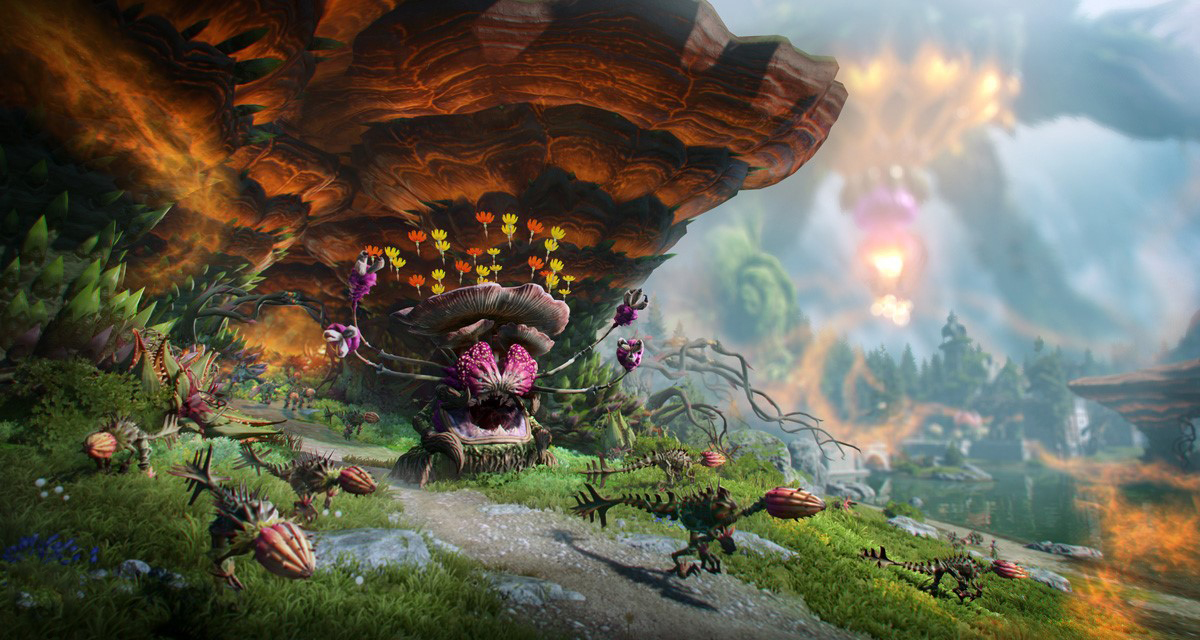 Reapers (aka Reapers of Death)

This humanoid race originated from planet Stargh. Followers of the God of Death, Reapers are wicked sorcerers that wield destructive magic capable of killing anything it touches. Their razor-sharp scythes cut through the air with crackles of energy, while phantom hands reach for their enemies to choke the life from those ensnared.

The wait is nearly over. Skyforge will be free to play on Nintendo Switch from February 4! Start your adventures two days early when you buy a Founder’s Pack from Nintendo eShop.