The Bounty Hunter makes an explosive entrance as Skyforge's nineteenth class! A formidable Area of Effect (AoE) damage dealer, the Bounty Hunter wields a handheld mortar and is armed to the teeth with explosive weapons. Deadly at range and in close combat, they can always rely on their anti-grav and shield gadgets to get them out of a tight spot.

If you want to be one of the very first Bounty Hunters to make your mark on Aelion, the Bounty Hunter Collector’s Edition—containing the new class plus an exclusive Legendary Weapon, costume variant, and Premium time and currency—is now available from Nintendo eShop. The class will be available to unlock in-game using Sparks of Transformation for all players in two weeks.

You can take your new class for a spin in a brand-new open region: Terra, a planet hiding arcane secrets and dangerous foes beneath its barren crust.

Team up with friends to traverse new Dungeons and Adventures that will take you from Terra’s surface to its darkest depths:

We previously announced that the Halls of the Elder Gods, a place of divine power, would be available with the launch of Hunters of Terra. Unfortunately, it will take a little longer for us to open their hallowed gates, but we wanted to share some of the content you can look forward to when we finally launch this feature in December 2021.

Here, you can use a new resource called Cognition to unlock Elder God Aspects. Elder God Aspects represent Immortals at the height of their power, and these new forms will allow you to ascend to your full godly potential. Five new Elder God Aspects will be unlockable at the Halls of the Elder Gods, including: 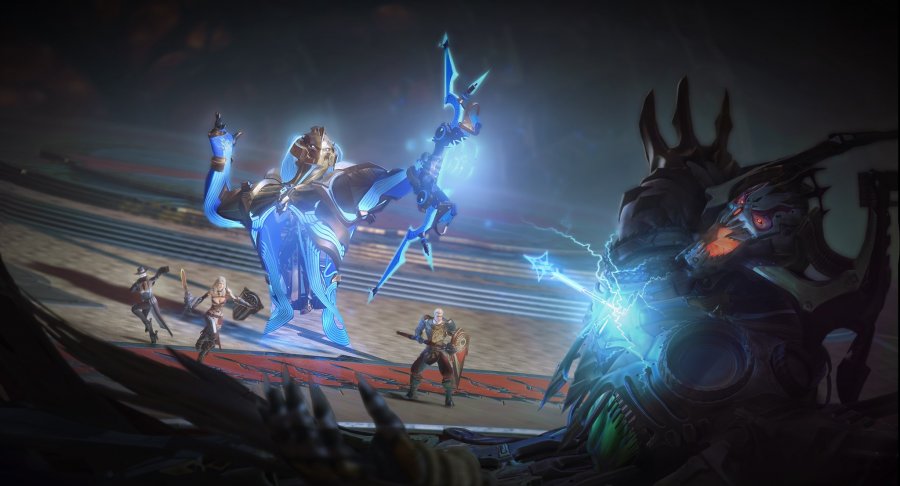 Get ready to awaken these new forms and wield their almighty abilities as you delve deeper into Terra!

Play Hunters of Terra today by downloading the game for free on Nintendo Switch via Nintendo eShop! You can also stay up to date with all things Skyforge by following us on Facebook, Twitter, Instagram, YouTube, and Discord.