A Beginner’s Guide to Invasions

Invasions are limited-time events where one of six sinister alien races—Phytonides, Gorgonides, Reapers, Mechanoids, Oceanids, and Demons—set their sights on total domination of Aelion. You have eight weeks to halt their advances and get some sweet loot in the process! Participate in Invasions by first playing through the main story and unlocking your Divine Form.

Each Invasion has exclusive rewards up for grabs, which you can see on the Challenges menu under the Season tab or by checking out the latest Invasion articles on the Skyforge website. There are 20 tiers of special rewards up for grabs, including 10 premium ones that are unlockable with the purchase of an Invasion Pass. Rewards can include special weapons, Mounts, Divine Aspects, Armor, Legendary Weapon Capsules, Premium time, and lots more. The more you play, the more rewards you unlock!

To progress and earn Invasion points, you need to complete special challenges. Each Invasion features:

The invasion will gradually gain momentum. With the arrival of new bosses, new Distortions and Adventure difficulty levels will be unlocked, and you’ll get access to improved equipment. In group Adventures, you can receive rare and epic equipment (except Hespilon Temple, which drops rare). In Distortions and squad Adventures, one epic item per day is guaranteed. After that, both rare and epic items may drop.

In the third week, the invaders bring out the big guns: the Avatar. The Avatar of the Invasion is the single most powerful enemy boss of an invading army and it requires teamwork, tenacity, and tremendous strength to defeat. They will stop at nothing to vanquish you and employ cunning mechanics like deadly traps, obstacle courses, and even time trials. 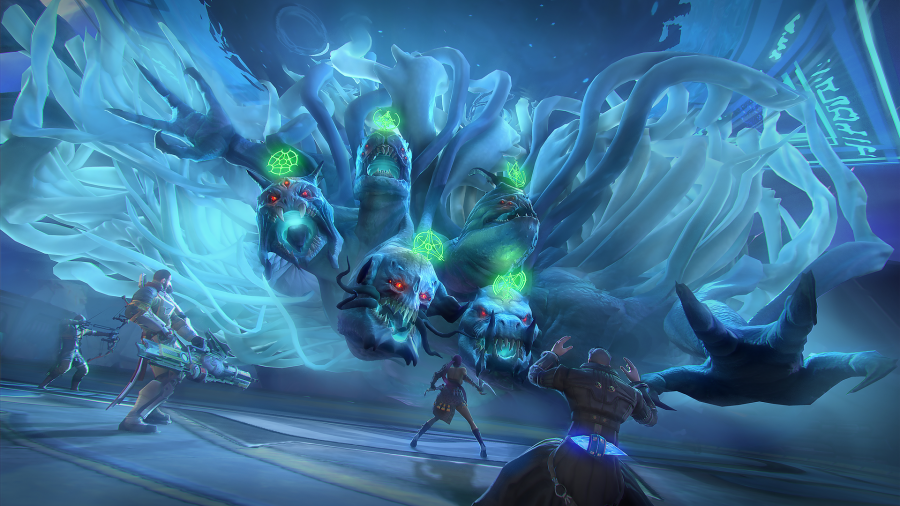 The Avatar arrives in Aelion in two forms: Training and Champion. Training Avatars are much simpler to defeat than their Championship cousins. Training Avatars can be fought twice a week and give young gods a chance to test their skills. They offer set rewards to finalists that see the instance to completion. Champion Avatars however, demand a higher level of prestige and player coordination. Champion Avatars are reserved for players that have achieved end-game level content and rewards a successful run with an Avatar Trophy.

Armed with this info and your weapons, go forth and stomp out the latest insolent invasion!