The battle for Aelion rages on with the arrival of more distortions and the Flagship of the Invasion touching down. Siringe, The Supreme Dryad, and Nephelis, The Ancient Entid, have been brought in to accelerate the Phytonides’ advance.

Siringe is a stationary boss that sends thorns across the battlefield, summons additional enemies to aid her, and throws dangerous flowers. These are troublesome, but what you really need to watch out for is her Dryad Curse, which applies a debuff to a target and makes them take more damage from her attacks. We recommend your team having two tanks, one to be hit with the effect and one to distract her from hitting the target she wants. 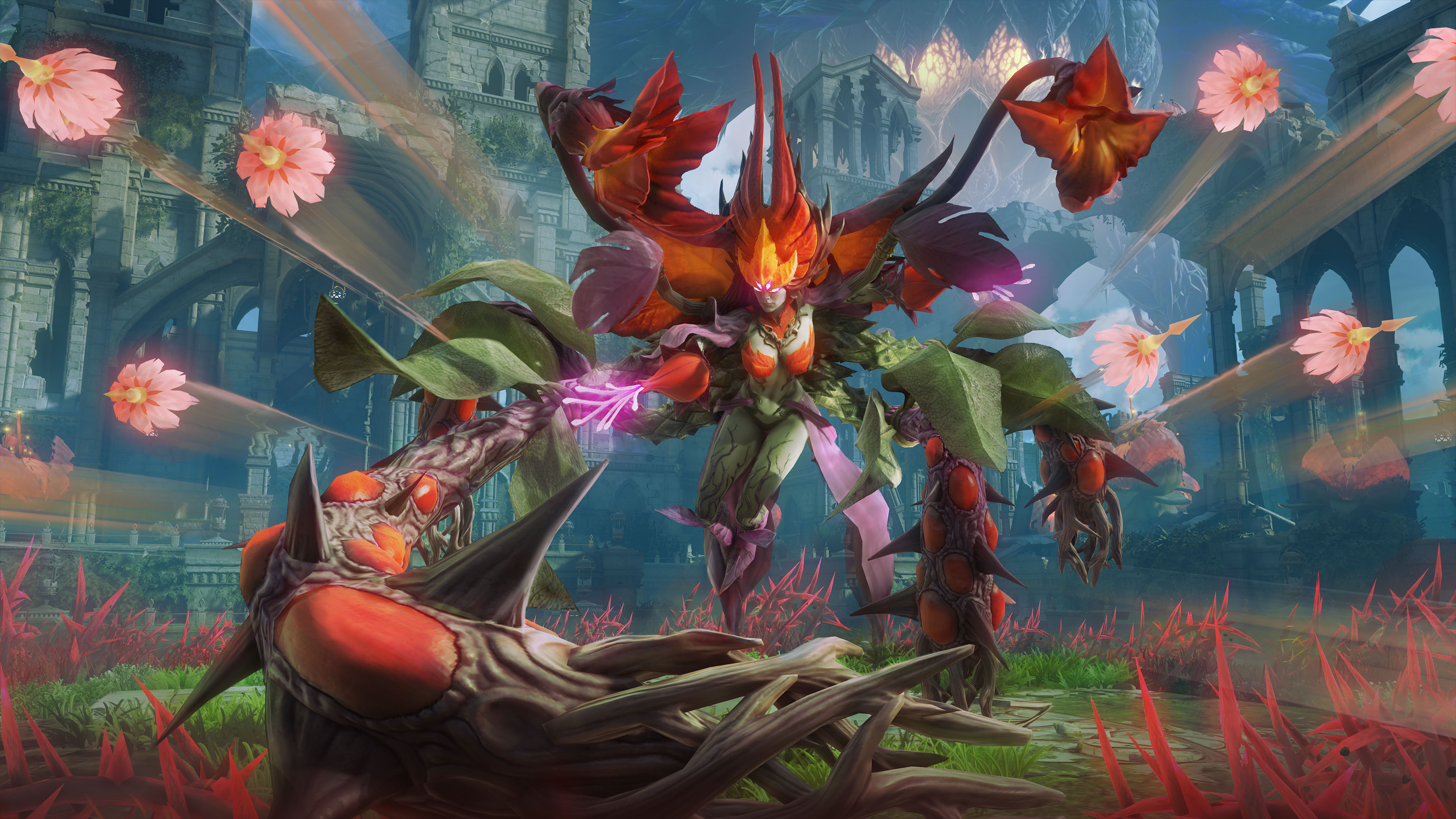 She can also send intoxicating flowers to a number of immortals. Those affected will not know but those unaffected will, so teamwork is key here. If they are far away from the Dryad, they should move as close as possible to her, and if they’re already close to her when hit by the flower, they should move away. If you don’t manage to do this in time, you’ll be forced to move through the labyrinth of painful roots and thorns.

The Dryad will drop a Divine Spark when significantly injured, which a party member can pick up to enter their Divine Form and wreak havoc. Other smaller sparks will also drop, and if picked up by your party, extend the duration of the Divine Form. She will shield herself at this point and send out more roots, which travel underground and cannot be seen by players. All non-gods would do well to keep moving around the arena to avoid being struck.

Do as much damage as you possibly can to the shield!

Even the battlefield feels like an enemy for the fourth distortion, with only unstable platforms to protect you from an arena doused in poison. Each platform can hold one immortal optimally, and even then deteriorates after a time. Keep an eye on the platforms! 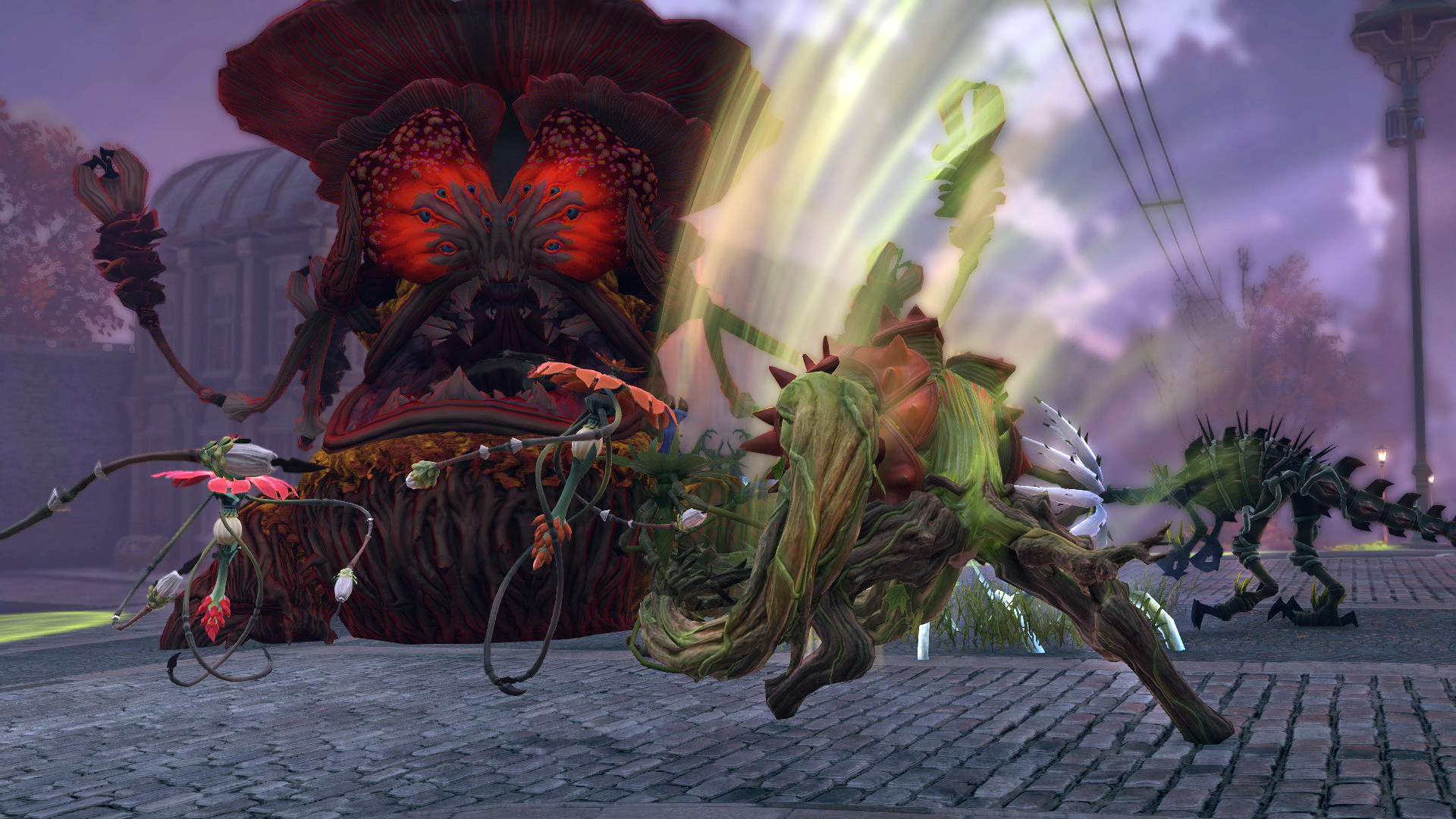 Nephelis, like Siringe, uses roots and flowers as deadly weapons in this fight. If you’re caught within any roots, destroy them as fast as possible before you take too much damage from them over time. A good rule of thumb here is to avoid flowers as much as possible.

What is a warrior without their weapon? Dead. Or so this Ancient Entid thinks. It will disarm players throughout the battle and throw weapons across the map to another platform. When that doesn’t work, Nephelis will try to devour immortals. If you manage to taunt him, he will spit your allies back out.

When he’s feeling rough, Nephelis will summon dryads to shield him—simply kill the dryads that are keeping the shield up. For more tactics and strategy, Crazy Pickle Gaming has it taken care of.