Extremely high spikes of Mantide and Phytonide activity have been detected in the vast forests of Tangria. With no military forces available to rise to this threat, Ianna is hoping that the Immortals will assist in scouting the region while new recruits undergo training.

From now until September 28 on Nintendo Switch, send your Adepts to protect the forests of Tangria to receive rewards like the Outrider Glider (Mount) and Scout Armor (Costume)! To get started with the Scouting in Tangria Promotion in-game, press +, go left, and check out 'Special Offers'. 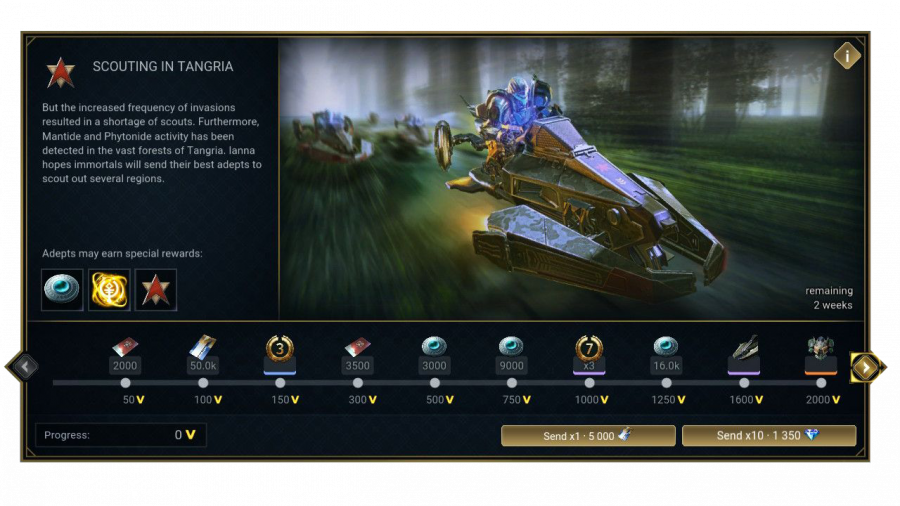 A special glider used by military scouts. Its austere military design hints at the distinguished rank of its owner. It’s made out of a tough yet incredibly light material which will boost the character's movement speed by 100%, while the built-in accelerator can add an extra 40% speed when needed.