Thea is one of Aelion's satellites and was, until recently, a part of the mysterious and unexplored cosmos beyond the planet’s reach. However, after Flavius invented spaceships for short-distance travel, Aelion’s researchers managed to uncover a few of its secrets.

The first base on Thea was named Thea-1, but it was destroyed in an attack by the satellite’s indiginous fauna. Not to be deterred, the next base, Thea-2, was even sturdier and harder to attack, and so became the new center of Aelion's expansion into space. The satellite has yet to surrender all its mysteries, however...

Send your Adepts to visit the lost station of Thea-1 to find out why the laboratory’s equipment is sending strange signals in the Thea-1 Promotion, available October 21 to November 4! Successful astronauts may be rewarded with rare items... 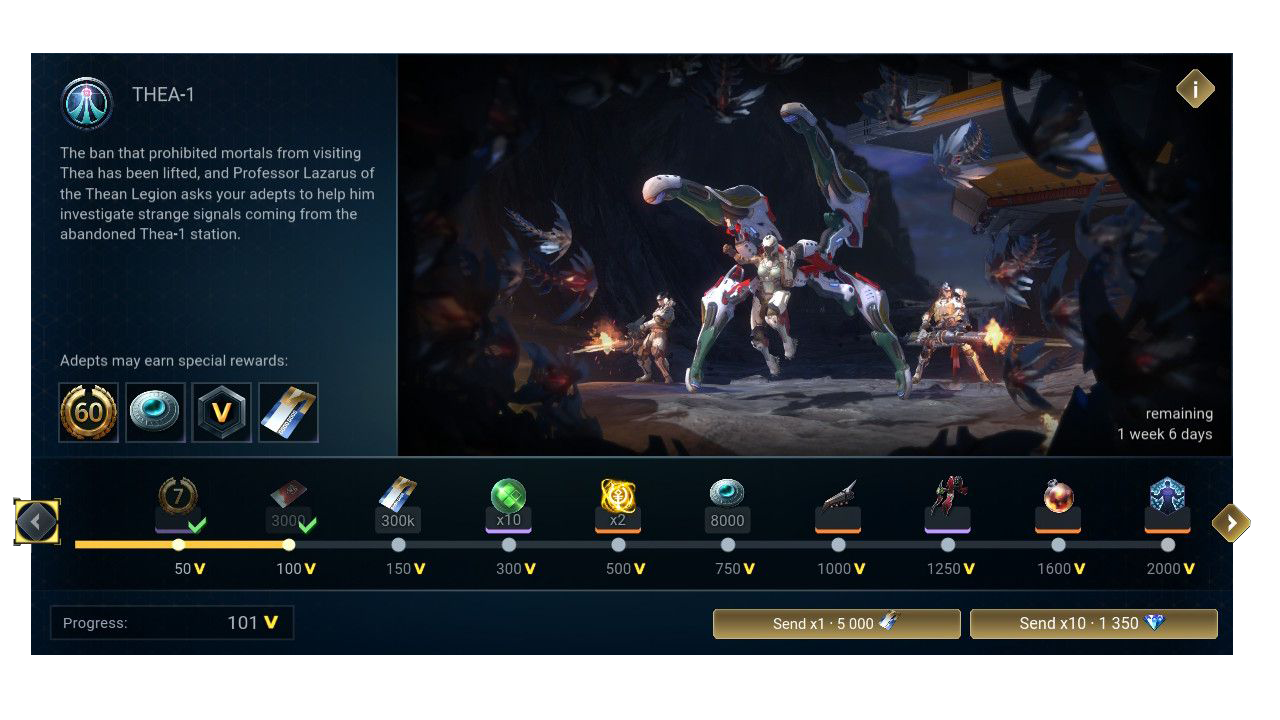 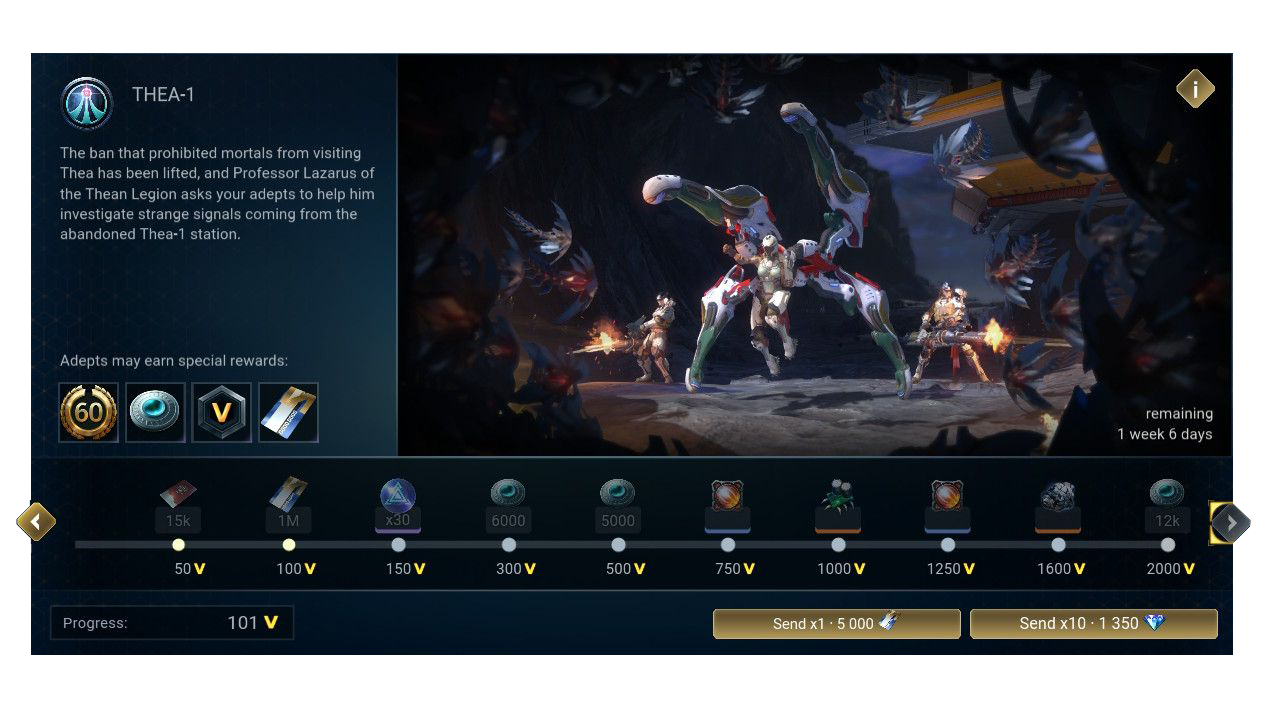 Adepts can bring you lots of useful items back from their adventures, including Lunar Crystals. Combine 1,000 Crystals to receive a Relic for your Adepts!

NOTE: Each Adept can only use one Legendary Relic.

To take part in the Thea-1 Promotion, open the Event interface and choose this Promotion to get started.